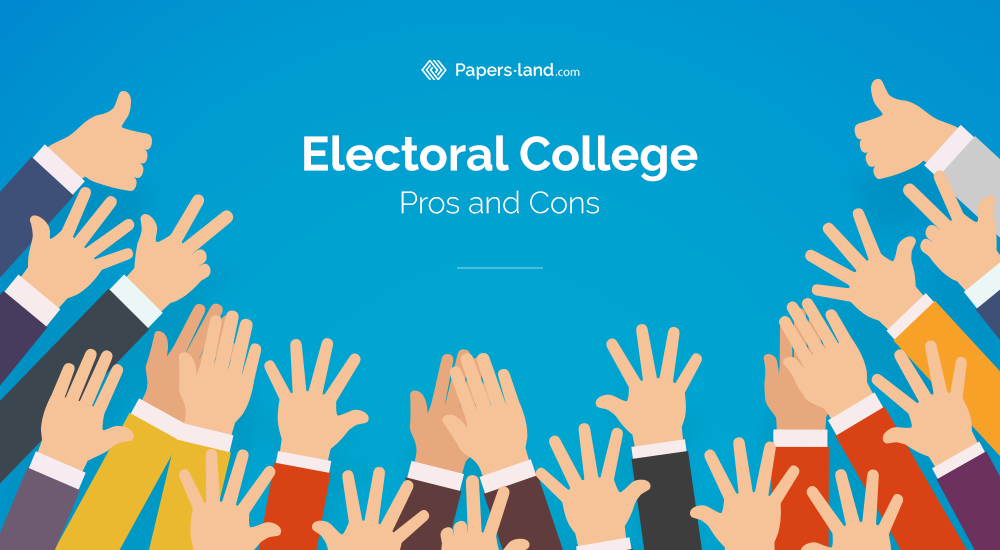 THE HISTORY OF THE ELECTORAL COLLEGE

The founding fathers of American statehood did not have a common opinion on the system by which the president should be elected. Some of them thought that Congress should elect a president while others considered that voters should do it by a simple majority vote. It was decided to abandon the latter idea because without having sufficient information about the candidates, ordinary citizens would most likely give the vote to their state representative. Thus, delegates of the most numerous states will always win. A compromise was found in the form of the Electoral College.

The Electoral College was created in 1787 by the authors of the US Constitution. It was designed to guarantee small states that their voice would be represented on a par with states with a large population.

An analogy can be drawn between the Electoral College and the system that existed in the Roman Republic. Under this system, the citizens of Rome were divided into groups of 100 people; each group had one vote for or against one candidate proposed by the Senate. Like such groups, states in the US have a certain number of electors, the number of which depends on the size of the delegation of this state in Congress.

HOW DOES THE ELECTORAL COLLEGE WORK

The Electoral College Pros and Cons

DISADVANTAGES OF THE SYSTEM

The main disadvantage of the electoral system is that the candidate for whom the majority of electors voted (more than others) may not become president. Such a situation arose in 2000 when a larger number of citizens voted for A. Gore than for Bush, but he received fewer electoral votes than Bush, and therefore lost the election.

In addition, the “winner takes all” system helps to reduce the willingness of citizens to vote in certain states. Indeed, there is an informal division of states into those that have a strong tendency to support Democrats or Republicans. The main election campaign for this reason, recently unfolding in the small in size “undecided states,” which have a real opportunity to determine the outcome of elections. For example, supporters of the democratic party of a state that is traditionally considered “republican” do not have much incentive to vote because they often reasonably believe that their opinion will not change anything.

This system does not comply with the “one man, one vote” principle. The fact is that each state has at least three electoral votes, no matter how sparsely populated it is.

BENEFITS OF THE ELECTORAL COLLEGE

The “winner takes all” system contributes to the stability of the two-party system, third parties have virtually no chance of receiving a large number of electoral votes, it adds stability to the American political system (however, some experts use the same argument as a disadvantage)

Small groups of people have a real opportunity to determine the outcome of elections in the framework of the “winner takes all” system.

Of course, the Electoral College is a political institution of the past. It is imperfect and can falter, what actually happened in the 2000 elections. However, in American society and scientific circles, even after the elections of 2000, there has been no heated debate about the reform of this system.