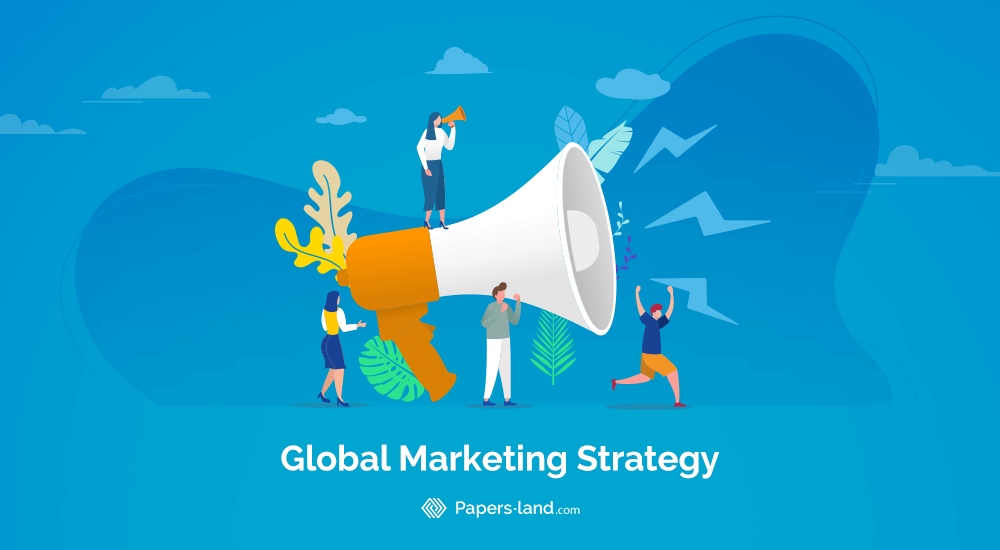 Globalizing your company and selling goods and services abroad can present a lot of challenges. By looking back on the experiences of other multinational companies, we can observe a plethora of costly errors which were committed in an attempt to sell products around the globe. These errors can be partly attributable to the insufficient awareness of how Standardization and Adaptation work in international markets. This research paper looks at the issues of standardization and adaptation in global marketing plan and proposes methods that can help international businesses to successfully compete in the international markets.

Starting from the beginning of the 1980s, the concept of “Globalization” has gathered momentum. With the advent of globalization, differences between countries have shrunk although they are still perceptible. This unprecedented growth of globalization and internationalization of companies affected the way companies develop their marketing strategy. Accordingly, an array of studies has been carried out on whether multinational firms should adjust or standardize international marketing strategies. Since businesses started selling their goods in international markets, one crucial strategic decision is whether to adopt a standardized marketing mix and one particular marketing strategy in all countries or whether to adapt the marketing mix and strategies to meet the peculiarities of each local market (Vrontis and Thrassou, 2007). According to one view, markets are increasingly becoming alike and in order to stay afloat, a company should resort to standardization. Conversely, while adopting a standardized approach, some difficulties may arise and thus, customization and market adaptation is the only feasible way-out. At the same time, evidence shows that these two approaches are not an all-or-none proposition but rather a matter of scale.

The first method under question is the standardization standpoint (suggested by Jain, 1989; Levitt, 1983). The adherents of standardization think that all cultures are somehow united and their environmental and customer demand is alike. They believe that trade barriers are becoming less impedimental and technological advancements and companies are geared towards the global orientation in their strategy. In their opinion, devising a single strategy for the world market and standardizing the marketing mix elements will provide coherency with customers and prices. According to Levitt, the well-managed firms have opted for offering globally standardized goods that are modern, useful, reliable, and reasonably priced instead of customizing items.

At the same time, the adherents of international adaptation approach underline the significance of customization. According to the adaptation viewpoint, when starting selling products abroad, one must take into account the environment and such aspects as the language, climate, race, occupations, education, taste, legislation, cultures, and societies (Czinkota and Ronkainen, 1998). Vrontis and Thrassou suggest that the adherents of this approach think that “multinational firms must figure out how they will adapt the whole marketing strategy, including how they will deal with selling and distribution to meet the new market demands” (2007).Additionally, it is fundamental to change the marketing mixed and marketing strategy to satisfy local preferences, fit specific market needs and consumers individual requirements.

Pros and Cons of Standardization

The standardization method abounds in advantages. First, people will be able to have the same level of quality of any particular brand anywhere around the globe. Additionally, standardization lives up to consumer perceptions of a product. If the firm is proud of the respectable brand’s identity, it can greatly profit from opting for a standardized approach. Customers’ acclamation can multiply sales all over the world. One more upside of this method is cost reduction that the economies of scale may bring. Trading in huge numbers of the same non-adapted product and buying retail can make the cost-per-unit lower. Standardization also means better research and development, marketing operational costs, and lower investment expenditures. Additionally, standardization is a feasible method when trade barriers are dropping. Ultimately, a standardized approach facilitates the company’s process of focusing on a uniformed marketing mix by focusing one particular product and providing fertile ground for quality improvement.

Despite umpteen merits, standardization presents a number of shortcomings. As it was stated above, different markets presuppose different preferences. Trading in one unified product does not represent uniqueness. This enables competitors to gain market share by creating their products to satisfy the needs of a particular group/segment. Thus, by adopting the standardized approach, companies risk becoming vulnerable. A representative example of this statement is Walmart’s fiasco when entering global markets. The prime problem that Walmart faced was trying to force its values on other countries. As a result, it lost hundreds of millions of dollars in the German market and serves as a shining example of how not to target international markets.

Another negative side of this method is that it is too dependent on economies of scale (Products and International Marketing, n.a). It is all due to the fact that a lot of companies are global manufacture in multiple counties. This may be viewed as a huge problem, as a lot of countries implement trade barriers, particularly the USA and the European Union (Products and International Marketing, n.a). Under such circumstances, adaptation is predetermined.

Advantages and Disadvantages of Both Approaches

Despite the fact that the standardization approach is more popular, it does not guarantee success under any circumstances, as proposed by Douglas and Wind (1987). According to them, the standardization approach enhances the company’s performance. However, it is only applicable to companies with global competition. In such situations, the same product can be sold in all markets. At the same time, there are other industries in which this rule does not work and it should be taken into account.

Consumer nondurables, encompassing food industry, are the most vulnerable to differences in national tastes and peculiarities. Thus, they usually need to be adapted to different markets. For instance, Unilever targeted low-income consumers in India, who wished to purchase the company’s most expensive detergents and personal care products, which were beyond their means. Thus, the company created a low-cost line of products. This flexible approach not only created new opportunities for the firm but also helped it to establish brand loyalty which consumers could take with them as soon as they could afford to buy more expensive goods of the same manufacturer.

Both Standardization and Adaptation seem sensible, logical, and coherent. However, as soon as international businesses invest all their efforts into adopting one of the approaches, they can turn out to be unfeasible and incoherent. That stamps from the fact that selling in the international markets does not necessarily mean to adopt one of these two opposite approaches since they both tend to coexist, even within the same company, product line, or brand.

According to Vrontis and Thrassou, standardizing specific elements of the marketing mix and adjusting others to different market conditions is critical and standardization and adaptation is not an all-or-none option but rather a matter of degree. Since countries greatly vary from each other, it hinders standardization. However, adaptation may require a lot of costs and consequently, limit the use of the implementation of the adaptation approach (Vrontis, 2005).

The question of whether businesses should aim to adopt a standardized or customized marketing approach is heatedly discussed in the academic literature and is a prime concern for businesses which target international markets.

Adherents of the standardized approach believe that the global market has become homogenized and thus, multinational firms should sell the same goods all over the globe. Adopting this approach will enable to reduce costs and achieve higher margins. At the same time, the adherents of the adaptation approach point out palpable differences between the markets of various countries showing a preference for international differentiated marketing programs.

This research looked at the pros and cons of each approach suggesting that the optimal market approach lies in using both standardization and adaptation. Multinational firms should not view the world as one single market. Conversely, they should analyze the market and identify their customers, their needs and preferences. At the same time, they should consider their distinctive external environmental aspects and merits of standardization. Additionally, each element of the marketing mix and market needs to be taken into account and analyzed to understand the pros and cons of each element.

To sum up, the establishment and implementation of the optimal degree of integration are fundamental for a multinational firm’s successful performance since it multiplies the chance of maintaining competitive and market-orientating within the firm’s business structure and international markets.