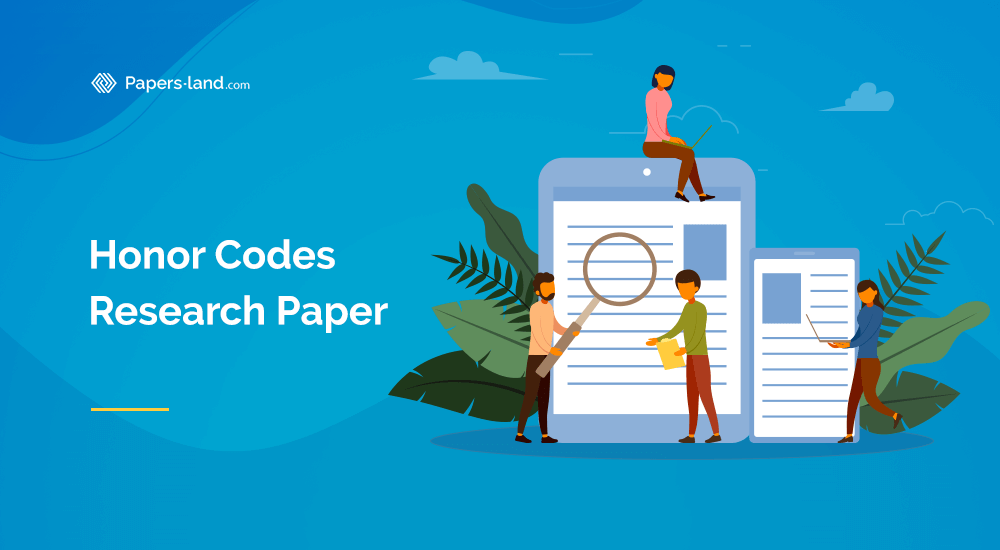 For decades, honor codes have been part of many colleges’ and universities’ practices. However, academic dishonesty is becoming more pervasive, and higher educational institutions need to reconsider the meaning and implications of honor codes for students’ academic performance. This paper includes a brief description of honor codes, their chief elements and how honor codes are administered. An evaluation of the role played by faculty and students in administering honor codes and a discussion of the effects of honor codes on cheating are included. Recommendations to implement an honor code at Methodist College are provided.

For decades, honor codes have been part of many colleges’ and universities’ academic practices. The inherent purpose of any honor code is to maintain the spirit of community, academic integrity, and honesty on campus. Honor codes have proved to be a successful strategy against dishonesty and cheating among students. However, times are changing, and so are the needs of modern students. Traditional honor codes are gradually giving place to their modified versions. Yet, honor codes alone cannot successfully reduce student cheating. Moreover, honor code systems should be supported by the general understanding of ethics principles and active participation of the faculty and students in the enforcement of academic honesty guidelines.

Academic dishonesty in American higher education institutions is on the rise. However, poor academic integrity in higher education has been one of the major sources of public concern for decades (Turner & Beemsterboer, 2003). Back in the 1960s, a broad nation-wide survey of students’ cheating showed that almost every second student is engaged in some form of cheating on campus (McCabe & Trevino, 2002). The most recent research results suggest that the scope and frequency of academic cheating in higher education continues to increase. In 1963, only ¼ of students in colleges without honor codes acknowledged having cheating during the exams or tests; by contrast, in 1993, the percentage of cheating student had increased to 52 (McCabe & Trevino, 2002). The use of crib notes on campus had also increased fourfold (McCabe & Trevino, 2002). Not surprisingly, faculty and students are looking for relevant and cost-effective mechanisms to curb the rapidly expanding epidemic of academic dishonesty in higher education institutions. Honor codes often become the only possible way to foster the spirit of academic integrity and community on campus.

Many university institutions and colleges across the country have honor codes. An honor code can be defined as “a statement addressing issues such as cheating, stealing, and misrepresentation, made by a school or other institution in which its participants pledge to adhere to” (Anonymous, n.d.). The prevailing majority of traditional honor codes are self-regulating, since they mandate students to report suspected cheating incidents and enable them to monitor and regulate academic integrity among peers. Honor codes usually include the following issues/elements: cheating and plagiarism, multiple submissions, fabrication, unfair advantages, and misrepresentation (Anonymous, n.d.). Nevertheless, the central issues addressed by all honor codes are plagiarism and cheating. Some honor codes also include guidelines to help students define the boundaries of appropriate academic behaviors; for instance, distinguish their own work from the ideas of other people (Anonymous, n.d.). Many honor codes also recommend that students learn professors’ academic expectations and requirements (Anonymous, n.d.).

Honor Codes: How Administered and Where Implemented

Most honor codes are student-administered. In other words, they are based on the principles of self-government. Unfortunately, not all universities and colleges have an honor code. The largest and most renowned academic institutions trust more in their ethical atmosphere, reputation, and popularity than in the potential effectiveness of honor codes. Institutions that have honor codes are typically small and private (Arnold, Martin, Jinks & Bigby, 2007). Consequently, large colleges and universities without honor codes report higher incidence of cheating than smaller post-secondary institutions (Arnold et al., 2007). For instance, the Harvard University is only contemplating adopting a university-wide honor code, although the school had never deemed it as necessity (Reiner, 2012). The recent cheating scandal involving 250 students has become the main driver of ethical and institutional changes at Harvard. The scandal can become a loud wakeup call for dozens of higher education institutions that still have no document or system in order to help to promote academic integrity and honesty among students. This is where the role of students and faculty, as well as the potential effects of honor codes on academic dishonesty, has to be considered.

Pay for 9 pages here or for 10 pages on other sites.
Most of the competitors provide 275 words or less per page, while we give you 300. Add a 15% first-time customer discount and save 25% on your first order!

Honor Codes, Students, Faculty, and the Effects on Cheating

The results of numerous studies confirm the positive effects of honor codes on academic integrity and honesty. Recent research results suggest that at times honor codes reduced the scope of teaching among students by two-thirds (McCabe & Trevino, 2003). In higher education institutions that have honor codes, students are more likely to report cheating among their peers and pursue honest actions in their relationships with other students and faculty staff than in universities and colleges without an honor code (Arnold, Martin, Jinks & Bigby, 2007). Honor codes increase peer pressure to behave ethically and honestly, as the values prized by the student community have huge impacts on the values and behaviors internalized by individual students (Arnold et al., 2007).

It should be noted, that times are changing, and so are the needs of students. Traditional honor codes based on unproctored exams, honor pledges, and the obligation to report cheating among peers are no longer workable. The “New Honor Code” movement is likely to contribute to the nation-wide effort to reduce the scope of the academic dishonesty epidemic. Professionals in higher education institutions turn to the so-called “modified” honor codes, which differ from the traditional honor systems in two distinct ways: first, unproctored exams are optional; second, students do not have to report cheating that they might have observed in their peers (McCabe & Pavela, 2005). These “modified” honor codes have little in common with traditional laws and regulatory requirements and simply foster a new social culture on campus, where cheating and dishonesty are socially unacceptable. Under these new codes, students are more likely to feel embarrassed, if other students find them cheating (McCabe & Pavela, 2005).

Based on everything written in this paper, the Methodist College should develop and enforce its honor code. A modified honor code will help students to understand the essence of academic integrity and make steps to avoid cheating in their relations with other students and the faculty staff. Such honor code will fulfill the two basic functions: regulatory and educational (Turner & Beensterboer, 2003). On the educational side, the code will enable students to internalize the desired ethical behaviors, while its regulatory aspect will make ethical violations socially punishable. Most likely, the honor code will help to enforce an atmosphere of social and academic integrity, where cheating will be considered as socially unacceptable and embarrassing. However, students at the Methodist College and its faculty should realize that having an honor code alone will never deter undesirable ethics violations by students. McCabe and Trevino (2002) are right by stating that simply having an honor code will not help the college reduce the scope of academic cheating. It takes years to create and maintain a culture of integrity and trust in higher education. Much more important is the degree to which the honor policies and requirements are understood and accepted by students. Faculty and students will need to participate in the implementation and enforcement of the honor code. The rules and principles of the future code will have to be enforced and regularly updated, to reflect the most pressing issues that emerge in the process of learning and relationship-building in higher education facilities.

What our customers say

Thank you for an appealing piece of writing. Additionally, I am grateful for a good abstract. It was stunning!
5/5

Great job! I’m satisfied that all my requirements were taken into account! As far as I’ve got a high mark for my home assignment, I can boldly suggest papers-land.com.
5/5

The quality of my research paper was just perfect and the company met a deadline. So if you are still in doubt whether to order a paper at this writing service or not, I can recommend you take a right decision and to make an order!
4/5

I’m grateful to this service because my essay was considered by my teacher as the best one among others. I’ll definitely apply to this company again.
4.5/5

The biggest challenge I always face is to write briefly. So that I didn't find a better solution than just to make an order at papers-land.com. That was a right decision because the company completed the task splendidly!
3/5