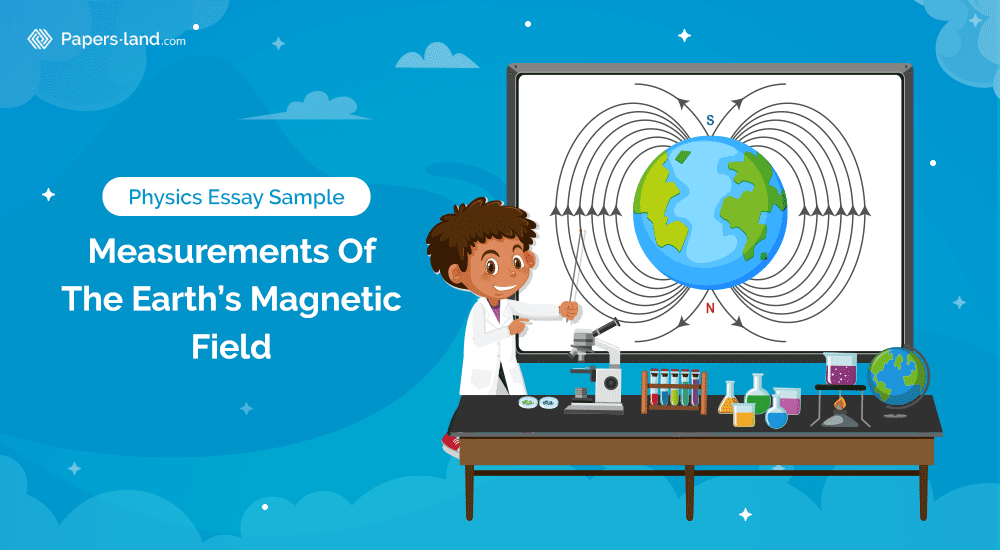 When accessed from the surface of the earth, the magnetic field of the earth constitutes a range between 25-65 microteslas. This magnitude can be compared to the magnetic field dipole that has been positioned with reference to the rotational axis of the earth, in an inclination of 10 degrees with it (Merrill 2010). The difference consists in the fact that the magnetic field of the earth has the tendency of changing in the course of time since it comes from a geodynamo (McElhinny and McFadden 2000). Thus, the ordinary compasses can never be of any use in navigation, if the North magnetic pole does not keep its constant movement. In addition, on an average of a hundred thousand years, they seem to be reversed in the positions, held by both the South and North Magnetic Poles, since they switch positions. Such type of pole reversals tends to have an effect on the record in rocks, a significant way of allowing paleomagnetists to be in a position to come up with exact measurements of any motions that might have taken place in the past with respect to ocean floors and continents due to plate tectonics.

In this report, Gauss’s Method was used. A scientist at first started the process used herein by the name of Gauss very many years ago. During those times, many people believed that the earth possessed a magnetic field but how to measure the magnetic field was a problem that had not been solved yet. In his experiment, Gauss made use of classical mechanics principles, as well as simple tools, in order to come up with suitable ways of measuring the earth’s magnetic field.

The other part of this experiment involves determining them BH ratio. In this connection, a compass needle can be used to assess its deflection because of the interaction of the magnetic field, resulting from the parameter BH, as well as that of the suspended bar magnet. Consequently, the BH value can be calculated when the results from the two experimental parts are combined.

Alternatively, one can make use of wires to form a loop that is ultimately used in creating the required external magnetic field. Considering the application of Biot-Savart law, one finds out: db= (?oi dl X r ) ? (4 ? r2)

In this equation, the r-value gives the unit vector due to cross-product (Merrill 2010). What is more, a wire can be mounted to run from say -a to a. Therefore, one can work out the magnetic field that is felt at a distance that is half of the whole length covered by a wire. As a result, one can use the primary equation to calculate the value of B. Performing integration on the original equation gives:

There is the G component, which corresponds to the geometrical factor effect, whereby it is expressed as:

For the case where several wire segments are used, superposition use is a significant factor.

In the suspended magnet, one aims at ensuring that he or she gets only what is necessary for this report. For the same reason, a magnet suspended at its center will make the earth’s magnetic field lead to the production of torque since the string that is used is free from torsion. The experiment can be repeated a number of times so as to obtain a value that can be relied on.

Afterwards, the arrangement of the apparatus to obtain a magnetic effect that acts as a standard to compass original direction. Applying any amount of voltage, the compass pointer makes an angle? with the compass, pointing to a direction, representing the sum of vectors of both the field resulting from the magnetic field of the earth and that of the coil.

Considering the diagram above, one finds out that there exists a relationship in the magnetic fields of the two, and such relationship can be shown by the equation below: Bcoil=bearth tan(?).

There Bcoil and Bearth are the respective magnetic fields at the coil and the earth.

Therefore, if one wishes to find the magnetic field of the earth, he or she can step the current to whatever number (for instance -0.8A to 0.8A) and plot a graph that corresponds to the current data along with the deflection witnessed.

The use of the compass has been a very appropriate method since it allows only a tiny needle that is magnetized to make up a lie with the earth’s magnetic field horizontal component. With respect to the superposition principle, one can find the magnetic field through:

Therefore, the B wire value can be calculated when using both the compass process as well as the Savert laws:

If the current was 0.8A and a radius of 0.007, it implies that the magnetic field of the wire is given by:

The angle denoted by ? refers to the angle that was deflected. I is a situation where all the parameters are known, it becomes easier to calculate the magnetic field of the earth.

The results from both methods are related, in a way. However, a small deviation is noticed due to issues of accuracy and precision. Different compasses have different precision added to the fact that loss of current through resistance for the case of the wire loop is eminent.

For the same reason, the product between the magnet’s magnetic moment and the earth’s magnetic horizontal field gives the torque. However, one can assume the Oersted proposition of the 19th century, whereby magnetic current is believed to be produced at any time that certain amounts of a current pass across a conducting wire. When using a circular wire loop, the magnetic field, commonly denoted as B, can be calculated as:

I stands for the current passing through the system, R refers to the loop radius, expressed in terms of meters while ?o is equal to 4?? 10-7 Tesla-m/amp.

All things considered, the researches, along with other evolutional studies concerning the magnetic field of the earth, have shown that there is a relative migration of the magnetic poles towards the geographic pole. For the same reasons, the magnitude and direction of the field tend to change with time, as well. Most importantly, the magnetic poles have been found to reverse over time but for thousands of years (Merrill 2010).

Just as any other heavenly body, the earth has its own magnetic field. Though the field was not known some centuries ago, nowadays, it can be calculated by use of very simple tools. Last but not least, the experiments on the measurement of the magnetic field of the earth require much precision and accuracy in order to get the theoretical results.

Guide to Scholarships for College Students
How to Do Physics Homework