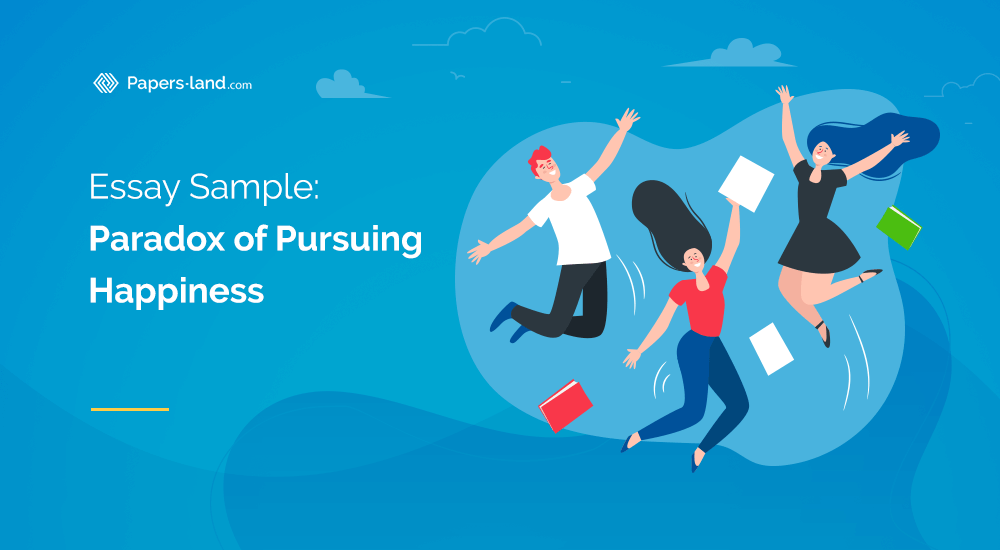 Americans are renown all over the world for their unique national philosophy of pursuit of happiness. One would expect to find the happiest people on earth in this part of the globe, but the reality is shocking. Based on findings of the World Database of Happiness (2013), about one third of Americans are unhappy (Veenhoven, 2013). The question that begs for an answer is why would a country that ranks sixth in the world in terms of quality of life register such a high score of unhappiness?

There tends to be a counter force pulling Americans down preventing them from living the American dream. Whippman points out that the relentless chase of happiness by Americans may actually be the main source of their worries and stress. According to Whippman (2012), if Americans only made deliberate efforts to stop trying as hard to be happy, they would yield more happiness. The happiness index has been stagnant for the last five decades despite the United States being one of the most stable countries both politically and economically over the same period. Whippman (2012) explains that the race for happiness has been getting more difficult with time, and as Americans continue to pace in order to attain happiness, many have been totally deflated in the process (Kenneth, 2005).

Many states, including the US, declare that their citizens are happy. According to the most recent world survey, ranking nations on their happiness score the Swiss and the Danes were ranked as the happiest people. The institute of research at Michigan University has revealed that only one out of ten Americans is unhappy. This brings to the surface a different phenomenon from the one postulated by Whippman. It seems the relentless pursuit of happiness by Americans has had a better outcome than she exposes. Furthermore, the research findings of the afore-mentioned survey found out that the distribution of happiness in Americans cuts across all groups of individuals regardless of their race, cultural background, religion, political affiliation, and economic well-being (Kenneth, 2005).

Four features can be linked to happy people in the US: one is the capitalists economy where the interest of self supersedes that of others, people love themselves, believe in themselves, and their capabilities, have high admiration and lastly are more decent, intelligent and lead a healthier life. All these traits are closely linked with the passion and drive to be happy and more satisfied. These traits predispose Americans to act in a certain way and, therefore, can be said to be the main ingredients of achieving a more fulfilling life (Gilbert, 2006).

These findings point to a positive connection between the American prevalent mindset of pursuing happiness and the high levels of happiness noted. Whippmans argument fails to offer substantial evidence of any link between this prevailing mindset and the anxiety. Nevertheless, the overwhelming desire to be happy has exerted immense pressure on many American citizens. As aforementioned, high levels of anxiety do not mainly emanate from the hunt for a happy and more fulfilling life among Americans. Even though other nations, especially in Europe, post a better happiness index than Americans despite their strong mental focus and energy towards pursuing happiness, they lead the US in the number of stress and worry related suicides. This projects a very interesting scenario: their fixed mindset on pursuing happiness may be deflating them, and it is also the key cog that keeps their wheel rolling (Kenneth, 2005).

The journey of pursuing happiness is full of many unpredictable events and more specifically even bringing unhappiness, but the gains outweigh the losses. This drive has made America the greatest nation in the world. Research conducted in the University of Minnesota revealed that the level of happiness in an individual life is closely linked to mental attitude and conditioning of the brain. Individuals found to be positive about pursuing happiness were found to be happier in life than their counterparts that were more passive in chasing their happiness (Gilbert, 2006). The levels of anxiety were pointed as having an immense impact on the level of happiness. That study revealed that anxiety was actually inhibiting achievement of a more fulfilling life though no direct link was noted between the immense desire to pursue happiness and high levels of anxiety.

This projection on its own does not mean Whippmans argument that the pursuit of happiness may actually be the main cause of unhappiness does not hold water. It serves as evidence that a significant level of anxiety emanating from the pursuit of happiness, especially where it seems to elude an individual may cause unhappiness. Pursuit of happiness in a vacuum as Whippmans put it may cause stress and anxiety, but life itself is not a bed of roses. Each day individuals are faced with different challenges, thus, the need to work, play, and do many things in the course of the day. Further, there is the need to find things that make lives more fulfilling. Whippman is, therefore, not right to state that this pursuit is the cause of depression and anxiety (Whippman, 2012).

Check out our professional essay writing service. Here you can getting quality help with your paper!

The hallmark of the American vision is pursuit of happiness, and the same dream is now haunting the country. With the vain obsession with fortune and prominence, the levels of anxiety are rising year in year out. In line with the American dream of pursuing happiness, Americans work for unlimited number of hours, travel long distances so that they can have enough money to live a lifestyle they see on advertisements, electronic media, and magazines with expectations of getting happiness (Layard, 2005).

Professor Gilbert of Harvard University postulated that individuals tend to not predict things that they believe will bring them happiness. According to Gilbert, individuals pick pursuits supported by our predisposition to idealize items considered desirable disregarding the real possible effects. People put our energy and attention on these ill-conceived pursuits thinking that they will get happiness, and when one actually get the results, it turns out to be very different from what was originally pursued. With this realization, individuals move on to the next pursuit, and it becomes a rat race full of disillusionment. This is what Whippman is referring to when he talks of depression emanating from pursuing happiness (Gilbert, 2006).

Many of us are entangled in this rat race trying to live the American dream. James Adams (1931) national philosophy, whichstated that life should be healthier and more fulfilling for every citizen and that each individual is given a chance to display their talent, has collapsed, and a new one emerged where better life is synonymous to huge bank balances and excellent homes. Hitherto, researches indicate wealth and material possessions can actually deteriorate well being. It is reckoning moment for every individual to rethink about the American dream before it kills our zeal and gusto to move forward (Layard, 2005).

The American philosophy of pursuing happiness has been the main driving force towards the realization of many individual and group goals. The road to happiness is not smooth, and over fixation on achieving it, does not make it any easier. Aligning ones values and choices are the key to unlock the potential of each individual. Anxiety will always be there, but the magnitude and impact of such anxiety cannot be said to be the major result of unhappiness among Americans. It is time for all Americans to redefine their own American dream and pursue it in total connection to individuals true selves (Kenneth, 2005).